on December 4, 2012 By Christian Marabella In The Net Lease Blog Comments Off on Company Newsletter: December, 2012

Marabella Commercial Finance, Inc. Arranges Permanent Financing for a Corporate 1031 Net Leased Walgreens Pharmacy in the Fourth Quarter of 2012 and Received a Conditional Approval on a Dollar General and O’Reilly First Mortgage Expected to Fund in the 4th and 1st Quarter of 2012 / 2013.

Christian Marabella of Marabella Commercial Finance, Inc. made arrangements to meet the 1031 Exchange buyer in Las Vegas, Nevada at the International Council of Shopping Centers Convention which took place around May 20, 2012. After meeting at the Walgreen Booth at ICSC and discussing the needs of the Buyer / Borrower and various different financing options the client gave Marabella the exclusive authorization to arrange no less than $9 Million in permanent financing for the Buyer’s / Borrower’s replacement up leg properties.

For the Walgreen CMBS permanent loan, Marabella arranged a Non-Recourse loan with standard carve-outs. The rate was locked at 4.185% and a 30 year amortization fixed for 10 years was placed. Loan to value for this transaction came to approximately 60%. The Borrower applied to Marabella around September 27, 2012 and the loan was funded on November 20, 2012. Start to finish the loan took approximately 54 days to complete which was very important since there was critical dates that needed to be met per the contract and the 1031 exchange requirement. 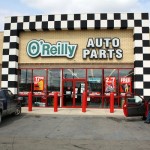