Today we strive to give our clients and associates that same type of excellent service that we did for Safeway Stores. Other companies we have assisted in structuring loans for are as follows; Walgreens, CVS Caremark, 7-Eleven, Kohls, Kmart, Dillon, Carter, Hawley, Hale, Fisher Foods, Rite Aid, Payless ShoeSource, Discount Tires Stores Inc., Kragen, Checkers, Schucks, Hollywood Video, Blockbuster Video, Autozone, Blimpies,  and Jack In Box.

Through our network of Insurance Companies, Wall Street Firms, CMBS and CTL Lenders and both National / International Banks, Marabella Commercial Finance is able to arrange financing for any type of single and multi-tenant retail, industrial, office and restaurant properties. Our strong relationships with these great companies yield our clients the best rate, terms as well as dependable and responsive service in the financial market place. 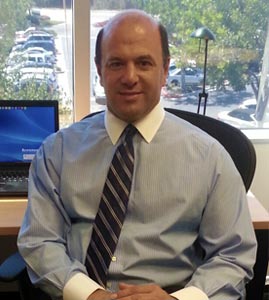 Christian Marabella graduated from the University of San Diego where he received a degree in Business Economics. Mr. Marabella is an active member of the Mortgage Bankers Association and is involved in many of the events put on by the International Council of Shopping Centers.

In 1995 Mr. Marabella formed Marabella Commercial Finance, Inc. which is a firm that specializes in arranging permanent financing for Credit Tenant Net Lease Properties. Some of the credit tenants Mr. Marabella has worked with are; Walgreens, CVS, Rite Aid, Jack In The Box, 7-Eleven, CSK Automotive (Kragen, Checker, Schucks), Kindercare, Morgan Tire, Club One Health Club, Discount Tires, AutoZone, and many others.

Net Lease Articles Featuring Or Written By Mr. Marabella Include:

Archived Teleconferences With Christian Marabella Include: